What is Induction Hardening?

Previous Next
What is Induction Hardening?

WHAT IS INDUCTION HARDENING?

Using this skin effect, the surface of the workpiece can be rapidly heated with surface temperature rising to 800-1000 ° C in a few seconds, while the temperature of the core increases very little.Since the induction heating process is an instantaneous high temperature and cooling process, the metal surface will not only form martensite due to rapid quenching, but also obtain the pretreatment matrix structure before induction quenching after passing through a narrow quenching zone.

The intermediate frequency (1~10KHZ) heating depth is 2-10mm, which is generally used for the heating of shafts with large diameters and gears with large and medium modules. 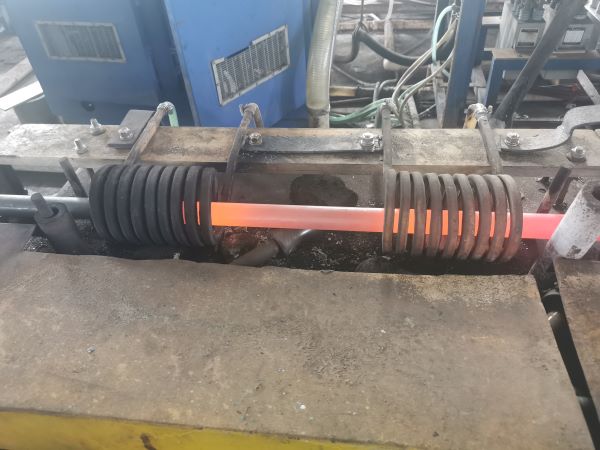 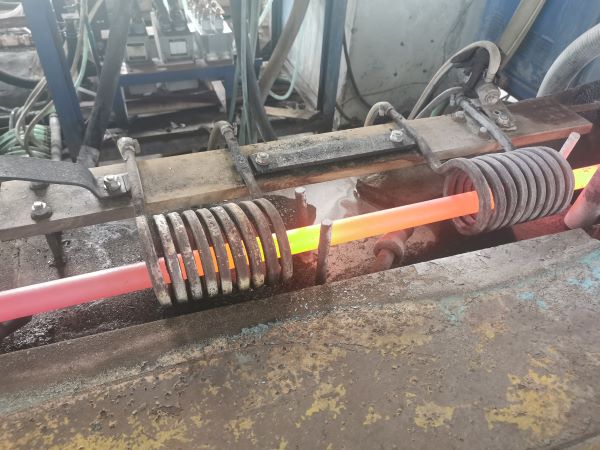 The depth of the hardened layer by power frequency (50HZ) heating is 10-20mm, which is generally used for diathermy of larger-sized parts and surface quenching of large-diameter parts (diameter above 300mm, such as rolls, etc.).

After induction quenching, in order to reduce the quenching stress and maintain high hardness and wear resistance, low temperature (180~200℃) tempering is required. For workpieces with simple shapes and mass production, the quenching residual heat can be used for self-heating tempering.

However, if the workpiece is locally overheated, it will cause quenching cracking. The temperature rises very quickly during high-frequency induction heating, and the sharp corners, keyways and holes on the workpiece are prone to overheating. In order to prevent quenching cracks, copper plugs or steel plugs can be used to fill the grooves and holes before heating.

Another cause of quench cracks is improper cooling. If the cooling is too slow, so that the cooling rate of the surface layer cannot reach the critical quenching rate, the effect of thermal stress is significant, resulting in the formation of residual tensile stress in the surface layer, which is prone to cracking. Therefore, the workpiece must be cooled quickly after induction heating, especially when high-frequency induction heating is used. 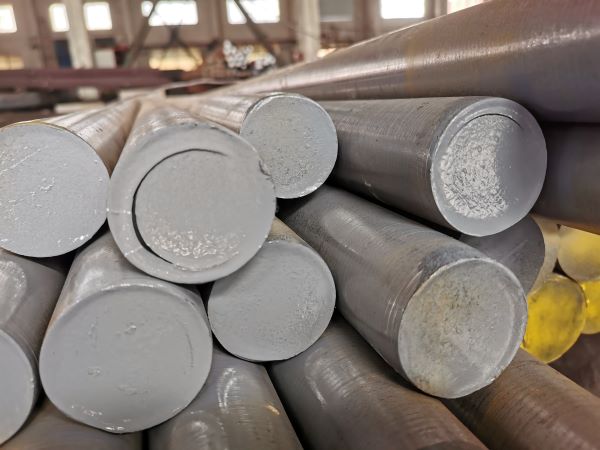 Quenching cracks at the end of the bars

Induction quenching is surface quenching. During the quenching process, thermal stress and structural stress are only formed on the surface layer. Therefore, the deformation caused by this quenching method is generally not obvious.

Defects such as insufficient hardness, soft spots and soft bands often appear after high-frequency quenching. The soft band formed by continuous heating and quenching has a dark purple spiral shape, which is caused by the blockage of the water jet holes or the improper size and number of holes. At the same time, insufficient hardness after heating and quenching is often caused by untimely cooling. Changing the angle of the water spray hole and the amount of water spraying, and adjusting the rotation and moving speed of the workpiece can effectively avoid the formation of the spiral soft belt.

DEVELOPMENT AND TREND OF INDUCTION HARDENING

Due to its high quality,high efficiency,energy saving,environmental protection and many other advantages,induction hardening heat treatment technology is widely used in industrial production, and the technical level is rapidly improved.

In the future, the development of induction hardening technology should be fully automated, with more perfect performance, more complete monitoring equipment, and more energy saving and environmental protection.