First of all, what we want to tell you is that the steel grade EN24 is one of the most commonly used Cr-Ni-Mo series low alloy steels in the UK, and its role is similar to 4340 in the United States and 34CrNiMo6 in Europe.

Secondly, on how to choose EN24 steel, this is what we will do next.

From our guide, we will sort out all the knowledge information related to EN24/817M40 steel,and obtain a good accumulation of knowledge, which will further help us choose high-quality EN24 steel. 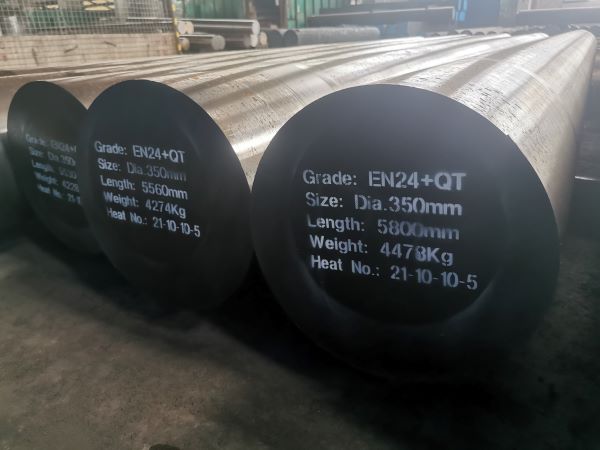 In the past, the British Standardization Institute (BSI) simply defined carbon steel, alloy steel, and stainless steel as ENXX,And XX just represents a number without giving it any specific meaning.In other words, EN24 is just a code name and does not describe its characteristics.

With the continuous emergence of new steel grades,this simple representation is unable to meet the needs.Considering these shortcomings, BSI has released a new numerical steel number system to replace the previous representation.Therefore, corresponding to EN24, 817M40 is the new steel grade code.

Next, we will briefly introduce the new digital steel grade system as below

The second and third OO represent numbers, indicating the chemical composition of the characteristic or the serial number of the steel group.For specific meaning, see table 2

From the above content, 817M40 is expressed as a NiCrMo alloy steel with a Ni content of about 1.0-1.5% and an average carbon content of 0.4%, and this steel guarantees the mechanical properties of the material.

First of all, EN24 and 4340 steels belong to the Cr-Ni-Mo series of low-alloy high-strength steels. As international equivalent steel grades, EN24 steels come from the BS970 standard in the UK, while 4340 comes from the ASTM A29 standard in the United States.Although the standards are different, they have excellent comprehensive performance and are widely used in various industries.

In terms of chemical composition, we can see from the above table that EN24 and 4340 have certain differences in Mn, Cr, and Ni elements, but this does not affect their high strength, high hardness and good hardenability.

Although 4340 steel is stricter than EN24 in terms of the control standards for P and S harmful elements, in actual production, all efforts are made to reduce the influence of harmful elements, which is higher than the standard.

There is little difference between EN24 and 4340 steel  in terms of manufacturing, heat treatment, processing and application.Sometimes when the requirements are not strict, it can be used as an approximate substitute to meet the actual application requirements.

In brief,EN24T means that the tensile strength of EN24 in the quenched and tempered state should reach 850-1000Mpa.

So, how did this T come from?

In the BS970 standard, the different tensile strengths in the quenched and tempered state are expressed as different letters, which are 11 groups from P to Z, and the tensile strength spans from 550-1500Mpa as shown in the following table.

What is the hardness of EN24 Steel?

EN24 steel without heat treatment has no specific mechanical or application values.

Generally speaking, the hardness obtained after EN24 annealing is lower than 217HBW,which is favorable for turning.

If EN24 needs to obtain good hardness, it can be achieved by quenching and tempering heat treatment.In fact, according to the standard of BS970, EN24 obtains satisfactory hardness value through tempering and tempering. The specific table is as follows

In addition, EN24 steel can be nitrided to obtain high hardness.After nitriding, the surface hardness of EN24 steel can reach 600-800HV, and the nitration hardness depth is 0.1-0.6mm.

Is EN24 Steel hard to forge?

EN24 steel is characterized by high strength, good plasticity and toughness. Compared with medium and low carbon steel, it is a little difficult to forge EN24 steel,however, a reasonable forging process can ensure that the billet is heated evenly and fully, and the material is uniformly deformed, so that the properties of the material are consistent everywhere.

Due to the high sensitivity of EN24 steel to white spots and cracks, post-forging annealing treatment is particularly important, which can effectively prevent the occurrence of the above-mentioned defects.

Is EN24 steel easy to machine?

First of all, EN24 steel is annealed after forging, and its hardness is usually lower than 229HBW, which is still very easy to process.

If the quenched and tempered hardness is controlled at about 300HBW, EN24 steel is still slightly more difficult to process than EN19. If the required application hardness is extremely high, it needs to be processed by matching tools, such as CBN tools and PCD tools.

What is EN24 steel used for?

Due to the above excellent characteristics, EN24 steel has been widely used in machinery manufacturing, automobile industry, aviation industry, and chemical industry.It is often used to manufacture gears, shafts, crankshafts, rollers, etc,and is also particularly suitable for making punches, dies and drilling bushings.

WHAT IS THE DIFFERENCE BETWEEN EN24 AND EN19 STEEL?

EN19 and EN24 belong to the EN series of alloy structural steels, both of which are heat-treated steels.Talking about their differences, they are a bit similar to American Standard’s 4340 and 4140 steels. Let’s take a brief look at them below.

Since EN24 steel has 1.5% Ni element, and the rest elements have little difference with EN19, the production cost of EN24 steel is significantly higher than that of EN19 steel. When they can meet the application requirements, we should give priority to the cost-effective EN19 steel.

Both EN24 and EN19 steels are relatively difficult materials to weld, and EN19 is relatively easy to weld.

For the welding of these two materials, in order to ensure high welding quality, strict welding process control is necessary, such as preheating before welding, and stress relief heat treatment after welding.

In addition to the above points, EN19 and EN24 steels also have obvious differences in heat treatment, mechanical properties, industrial applications, etc. When we consider choosing them, we must comprehensively consider and make the best choice.

HOW TO QUENCHING AND TEMPERING EN24 STEEL?

As a heat-treated low-alloy steel, In the actual production process,EN24 steel is usually delivered in a heat-treated condition, the typical heat treatment of this steel involves two stages,that is quenching and tempering.

EN24 steel can obtain high strength and hardness after quenching to a full martensitic microstructure,while the ductility and toughness can be improved with tempering.More over,it exhibits very good toughness properties with a Charpy V-notch at a very low tem- perature.

The specific process is shown in the figure below 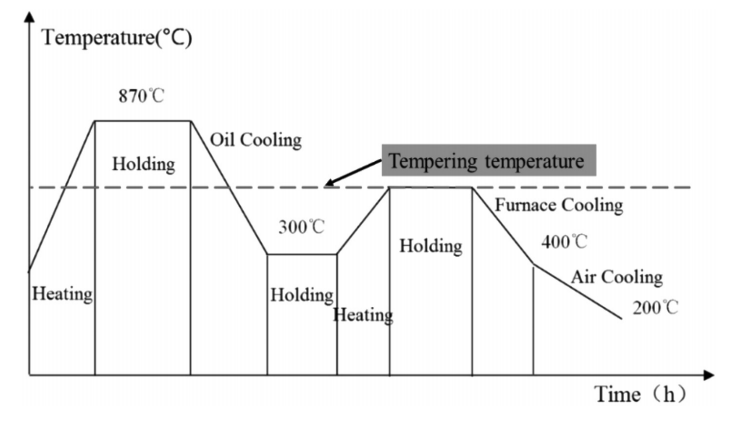 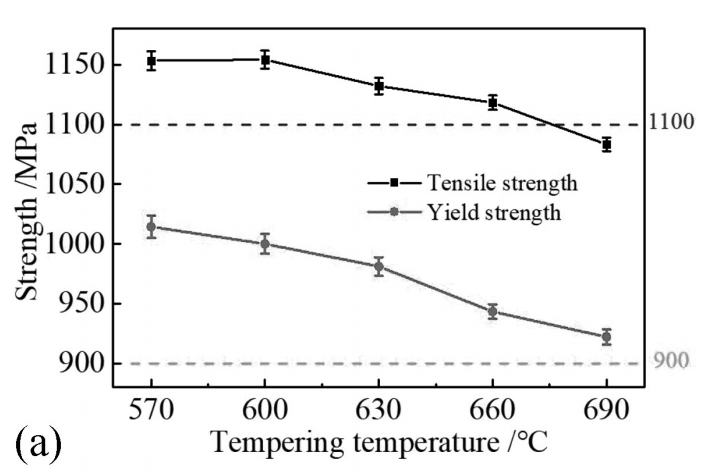 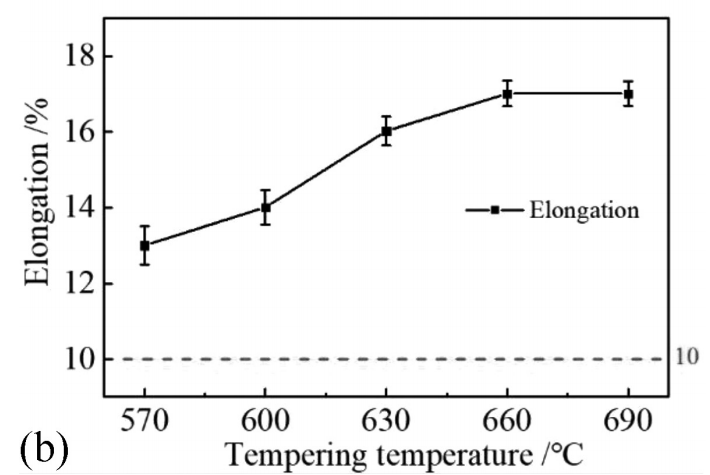 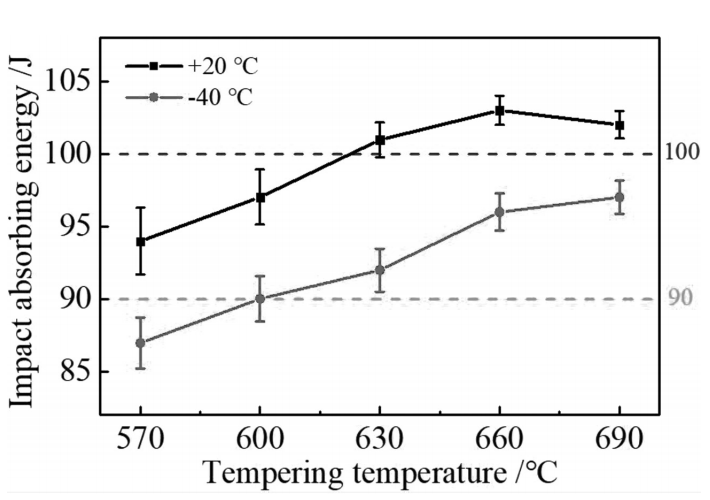 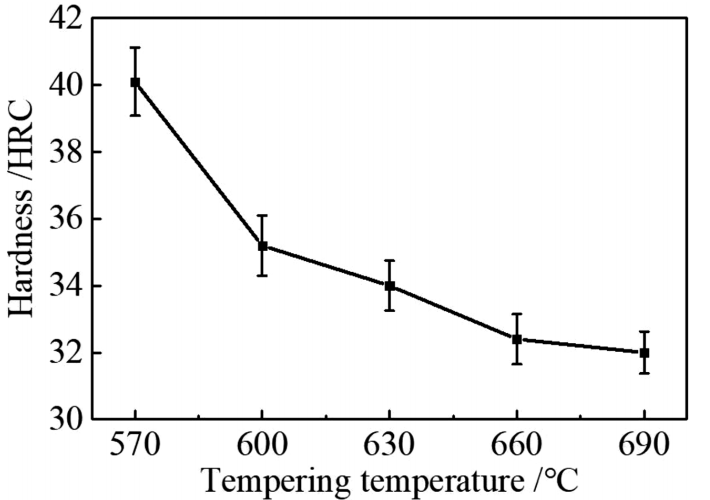 From the above diagrams, the following conclusions can be summarized.

For the manufacture of Cr-Ni-Mo series alloy steel such as EN24, it is still a test of the ability of a manufacturer.How to manufacture is only the first step, how to further manufacture high-quality EN24 steel stumped a large number of manufacturers.

With more than 15 years of rich manufacturing experience, we can not only manufacture high-quality special steel, but also provide complete one-stop processing and after-sales service,including heat treatment,machining and cutting.We strive to make ourselves excellent, always insist on growing together with our customers, and become a loyal strategic partner of our customers. 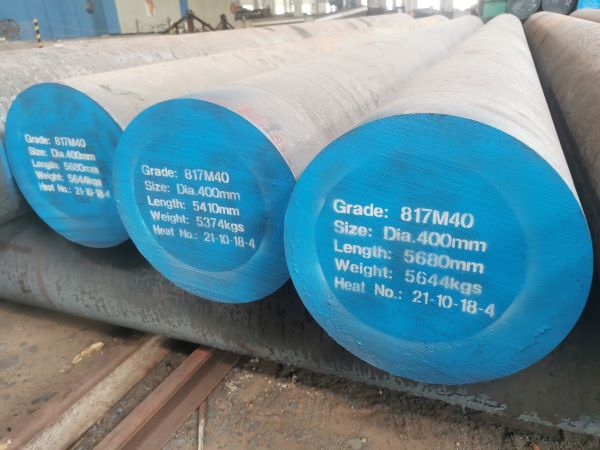